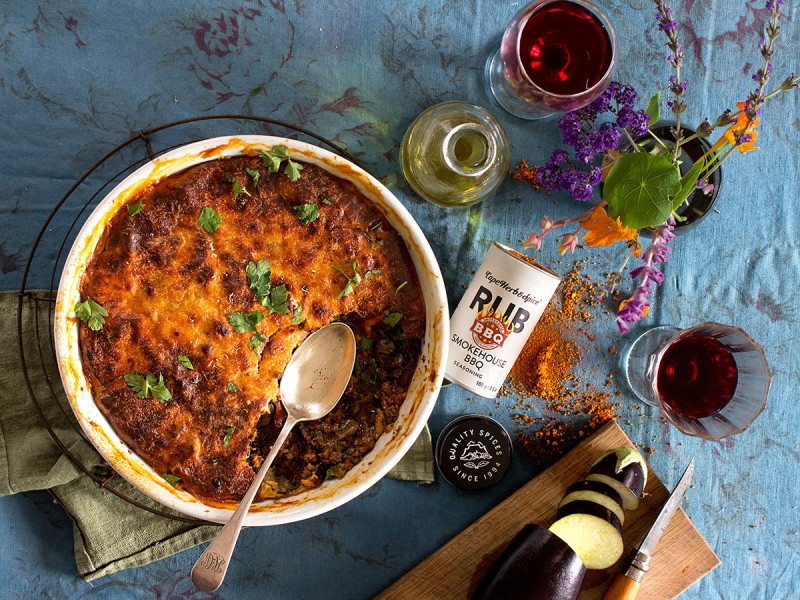 Start off by slicing the aubergines into 1cm thick slices, place in a colander and sprinkle liberally with salt. Allow to stand for half an hour.

Finely chop the carrot, onion and celery. (To speed things up, simply roughly dice the veggies, then let your food processor do the hard work for you!) Fry the chopped veggies in a tablespoon of olive oil for five minutes. Add the tomato paste and garlic and fry for a further minute or two. Now add the lamb mince and Cape Herb & Spice Smokehouse BBQ Rub and fry until the mince starts to brown. Add half a cup of water, turn the heat as low as possible, pop a lid on and cook the mince for at least half an hour. Check from time to time to see if it needs a splash more water, but don’t add too much, you do not want sloppy mince at the end of the cooking time – it needs to be quite dry. Taste and adjust salt levels as required.

To make the cheese sauce, start with a simple roux. Just add butter and flour to a large saucepan, place over low heat and stir until butter and flour has combined. Now ladle hot milk in and whisk briskly with a balloon whisk to prevent lumps. Cook over low heat for five minutes, stirring occasionally, until sauce has thickened. Add the grated cheddar and parmesan and stir until cheese has melted into the sauce. Taste and add a grinding of black pepper and salt – how much salt is needed depends on how salty the cheese you use is. Remove from heat and allow sauce to cool to the point where it is comfortable for you to stick a finger in. Now briskly stir in whisked egg yolks and you’re done. Time for layering your lamb and aubergine bake. 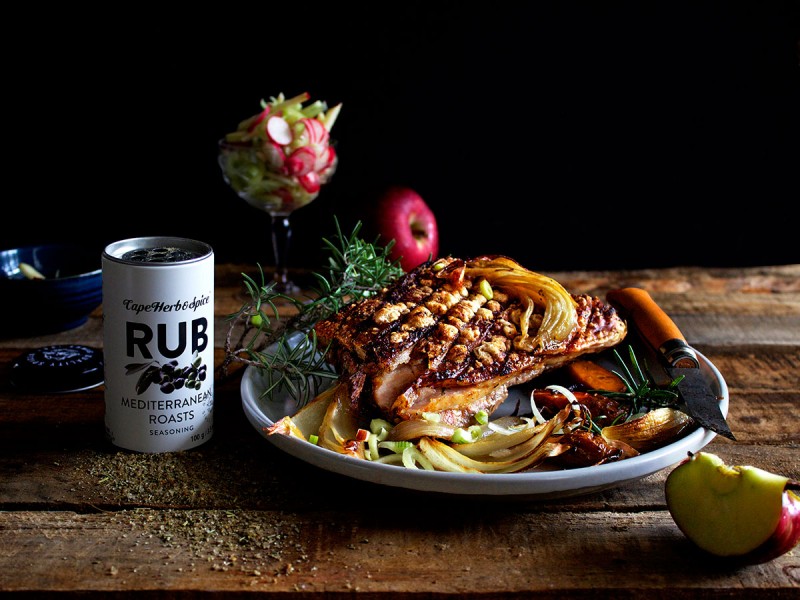 For Rand-per-kilo value, pork is pretty much the most affordable protein you can turn to. There is almost no limit to wh...

Why this fantastically easy recipe should not be in your regular repertoire, is beyond us! Seriously, this is a must-coo... 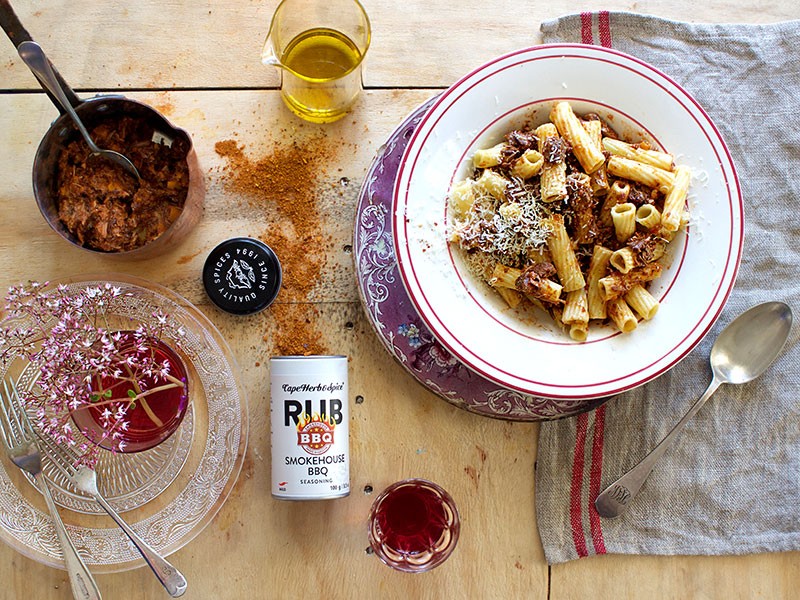 A decent beef ragu, that classic Italian meat sauce for pasta, is just one of our favourite things. And by ‘decent...

Nothing like a delicious Shakshuka, to warm up your tastebuds. Not only is it healthy, but super quick and easy to ma...